“The world of art is constantly evolving with an inconceivable level of creativity injected by each new generation of artists,” says Bond Street auctioneer Adam Levinsohn.

Indeed, art is second to none when it comes to displaying exponential development in terms of imagination, innovation, and transformation. Unquestionably, the old masters will always lead the way not just with their phenomenal creative output but also with the level of attention they drew into the world of art. They’ve demanded tremendous recognition and dispersed a vast amount of knowledge, ultimately creating exponential value for works of art that have lasted for centuries.

And over the decades, each generation of artists has made their contribution to keep this momentum going. And the new generation of young artists is no different. There’s incredible talent around us today that’s making waves in the world of art.

So, here’s Levinsohn’s guide to some of the most talented young artists to keep an eye on. They are still in their twenties and are already demanding the attention of the art connoisseurs. So we can only wonder what they have in store for us in the decades to come. 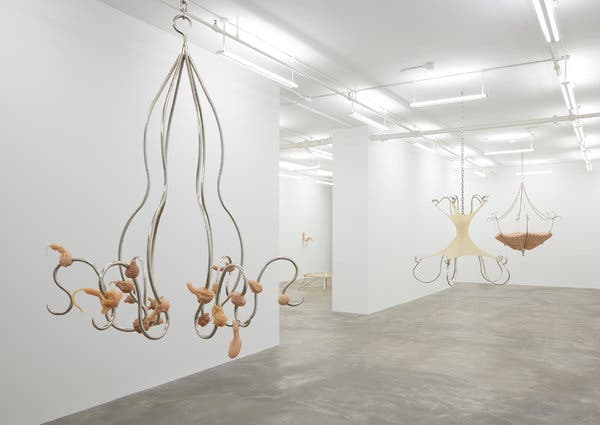 New York artist Hannah Levy’s work is known for the signature installations and sculptures that mostly combine metal and silicone structures. Her work is notoriously quirky and even borderline grotesque at times and serves to trigger a mix of emotions.

They are often twisted depictions of ordinary objects that have been distorted with her own interpretations and underlying messages. Levy’s work typically uses distorted proportions, dramatic warps of reality, and the use of unexpected materials.

A graduate from the prestigious art school, Städelschule in Frankfurt, her work has been on display at various galleries and museums including James Fuentes, David Zwirner, and more recently at the Casey Kaplan Gallery in New York. Her sculptures have also been featured in several countries, from the Louisiana Museum of Modern Art in Denmark and Gió Marconi in Italy to Frankfurter Kunstverein in Germany and Yuz Museum in China.

At just 28, Levy is, no doubt, one of the most accomplished artists of her age. 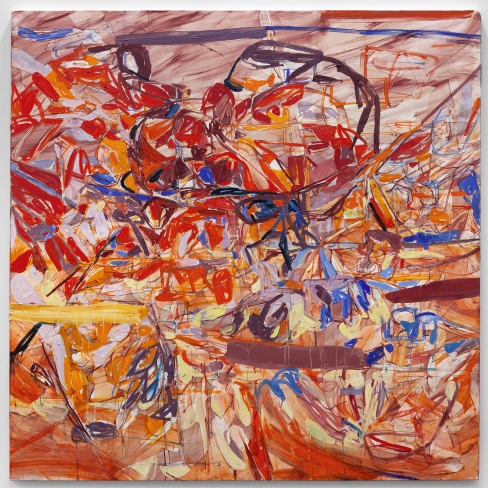 Jadé Fadojutimi is a young British artist with a unique style of abstract paintings.

Her sophisticated and bold expressions are known for the vibrant narratives that combine thick brushstrokes, splashes of paint, and vivid hues of blues, yellows, and reds. And she has already become a favorite among collectors, with her work quickly selling out at many exhibitions.

Fadojutimi’s work has been featured at the prestigious Tate, the Crypt Gallery in London, Dynamite Gallery in Surrey, and Pippy Houldsworth Gallery in London. She has also made her mark in various other countries with her work displayed at the Institute of Contemporary Art in Miami, Taka Ishii Gallery in Tokyo, Galerie Gisela Capitain in Germany, and Dallas Museum of Art in the US.

This 27-year-old graduate from the Royal College of Art is certainly an interesting find by the world of art. 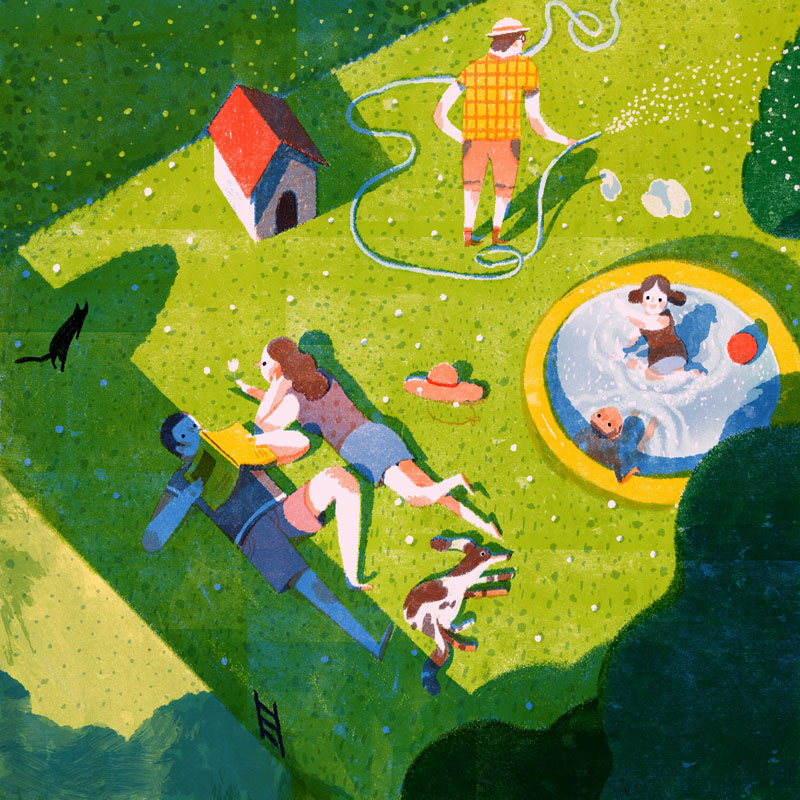 Feng’s illustrations are breathtakingly vibrant, curiously whimsical, and marked by her own unique style. She’s a master in storytelling and at times uses abstract elements. Her digital paintings always bear her signature style with bold, vivid colors. And her creative versatility seems to be one of the reasons behind her commercial success working with diverse brands.

Born in China to a creatively inclined family, Feng made New York her new home after graduating from Maryland Institute College of Art. And she’s one of those rare prodigies who already lay claim to several accomplishments of a seasoned illustrator. 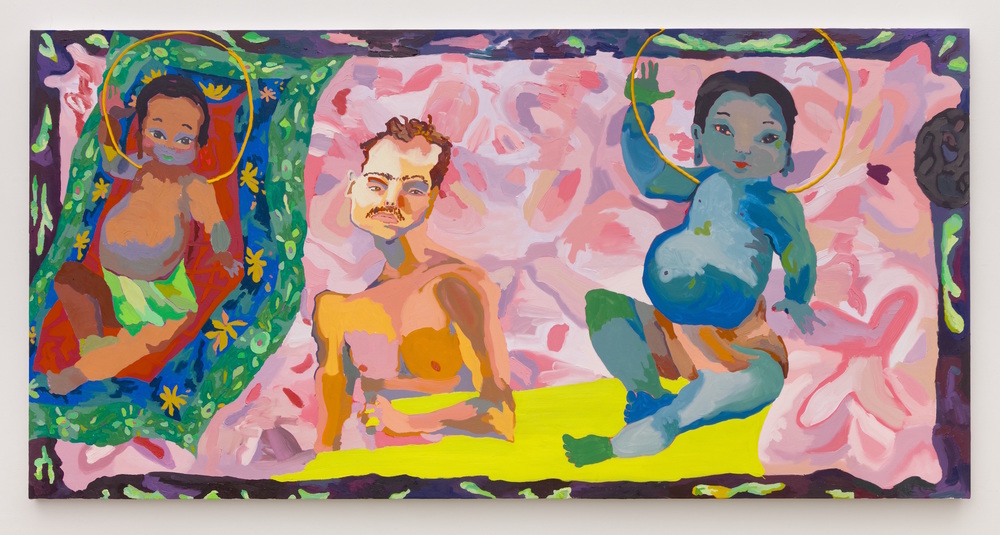 Born in New Jersey, 29-year-old Chaves made a career out of his unique style of paintings after moving into Los Angeles. His work extends across a series of eclectic themes that range from depictions of paintings by old masters to portraits.

But they all carry his unique imaginative style with dramatic and abstract depictions and, at times, almost child-like figurative illustrations. And they are often highly eccentric and fantastical in nature, with bright splashes of color and sometimes deliberately patchy surfaces.

Chaves’s work has been featured in various galleries, including the Martos Gallery in New York and the Night Gallery in Los Angeles. His paintings have also gone on display internationally, with notable venues including the V1 Gallery in Denmark and Gallery Baton in South Korea.

His unusually whimsical style has definitely made Chaves one of the most promising young artists to watch in the coming years. 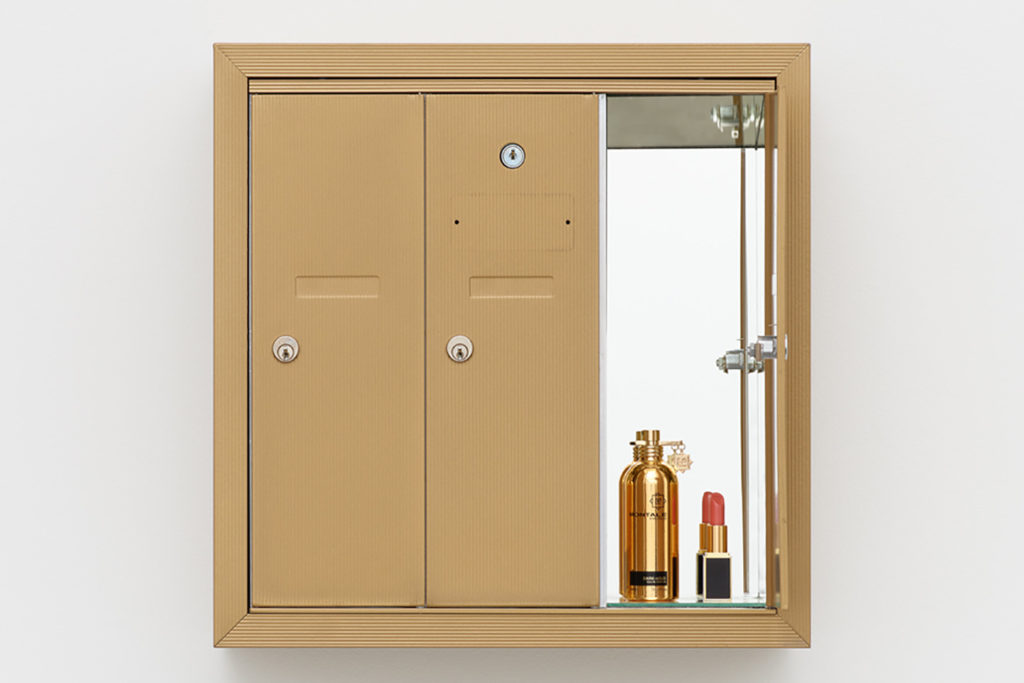 Born in 1990, Kayode Ojo is one of the youngest up-and-coming artists to draw the attention of the art community. His creative portfolio mostly includes visual art with thought-provoking installations, sculptures, videos, and photographs.

He’s known for his unique mix of visual arts that combine influences from modern contemporary culture with his own narratives using various mediums. He draws his inspirations from various sources, from the fashion industry and cinema to his African American upbringing.

Ojo’s work has already been on display in the US as well as overseas, with solo exhibitions held in New York, Dallas, Paris, and Berlin.

Born in Tennessee to Nigerian immigrant parents, he now lives in New York and is represented by Martos Gallery.

Ojo’s powerful depictions of urban cultural themes with often sleek, minimalistic, and unusual installations have made this young artist one of the closely watched rising stars in modern art.